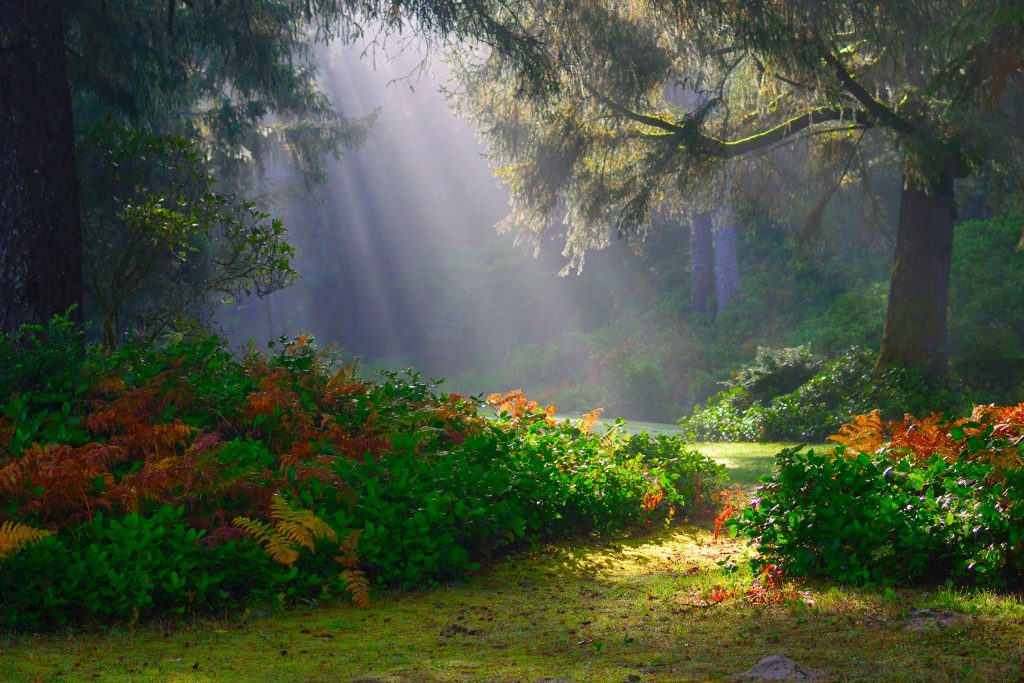 Approximately seven years ago I was approached by a group of individuals who were sincerely agonizing over the state of their commitment to Judaism. Although they had been raised in Orthodox homes and had attended fine yeshivos, they shared in common a general, painful awareness that “something inside had died;” leaving them observant and learned, but asleep.  Together we undertook an experiment and embarked on what has proven to be a remarkable journey to reclaim our lost spirituality.

When asked to head this expedition, I felt that we desperately needed a powerful source of inspiration, one that would illuminate our path through the coming years.  Since my Bar Mitzvah I had been studying the works of the great Chassidic masters.  Each one called out to a different part of my emotions and intellect seeking to intensify and invigorate my avodas Hashem [service of God].

As a child of Holocaust survivors and raised in the terrible shadow of their pain, I was profoundly drawn to the writings of the Rebbe of Piaseczner, Rabbi Kalonymos Kalman Shapiro. This brilliant tzaddik, scion of one of the great dynasties of Polish Chassidus, continued to teach, encourage and inspire the remaining Jews of the Warsaw ghetto until he was taken to be killed in Treblinka in November, 1943.  Some of his Torah teachings from those last days were miraculously discovered beneath the ashes of the demolished ghetto and were later published as Aish Kodesh – “Holy Fire.”  I suggested that we name our new beis medrash Aish Kodesh.  In a message sent to our earliest members for the purpose of explaining this proposal, I wrote:

Our beis medrash is named Aish Kodesh after the last sefer of the holy Rebbe, Reb Kalonymos Kalman Shapiro of Piaseczner.  The Rebbe was truly a holy fire sent to warm the hearts and illuminate the minds of a broken generation.  In the depth of the darkness, he remained steadfast in his unshakable faith in the immortality of Knesses Yisrael.  Our generation has been resurrected from the ashes of Auschwitz and Treblinka, yet we have fallen into a state of spiritual numbness, a life of cold prayers, empty mitzvos, rote learning, and an overall sense of spiritual alienation.  The Baal Shem Tov spoke of a time when there would be “double concealment.”  That is to say, besides the concealment itself, there would be a lack of faith that there was a truth concealed; the fact of concealment would itself  be concealed. In the Holocaust, Jewish bones were crushed under the weight of hester panim — divine concealment.  In our “enlightened” times, Jewish souls are deceived by the delusion of “double concealment.”  Too frequently, we offer lifeless prayers in the midst of animated personal conversation and drag ourselves through the details of Orthodox Judaism.  We have forgotten the purpose of life, while observing its regulations.  We have lost our sense of divine yearning and subsequently have stopped yearning ourselves.  We proceed cheerfully with the business of establishing more Jewish institutions and supporting more Jewish causes, not realizing that the essence of Judaism eludes us.  Rav Levi Yitzchok of Berditchev once gathered all the Jews of Berditchev in the main synagogue, rose to the bimah and called out:  “Jews, do not forget there is a God in Heaven!”  To this end our beis medrash was established — to stop the inertia of apathy, to tear away at least one mask of concealment and call out “There is a God in Heaven!”

Thus our experiment began with the Aish Kodesh as our role model for spiritual renewal and the Shulchan Aruch as our guide to uncompromising halachic observance.

Although I had received the blessings of a number of Chassidic rebbes and roshei yeshivah, many of them were skeptical as to whether the experiment would succeed.  They questioned: could Chassidic doctrine and custom be implemented in a so-called Modern Orthodox community in the absence of a Chassidic rebbe and Chassidim?

I believe that Aish Kodesh has proven that, in fact, Chassidism has much to offer to non-Chassidim.  Additionally, I believe that it is crucial that we recognize that Chassidus is uniquely equipped to engage modern man in a dialogue, a “give and take” with an inner dimension otherwise neglected.

In his work, Tzav V’ziruz, Reb Kalonymos Kalman writes:  The human soul relishes sensation, not only if it is a pleasant feeling but for the very experience of stimulation.  Sooner sadness or some deep pain rather than the boredom of non-stimulation.  People will watch distressing scenes and listen to heartrending stories just to get stimulation.  Such is human nature and a need of the soul, just like all its other needs and natures; so he who is clever will fulfill this need with passionate prayer and Torah learning.  But the soul whose divine service is without emotion will have to find its stimulation elsewhere:  It will either be driven to cheap, even forbidden, sensation or will become emotionally ill from lack of stimulation.

Two years ago while lecturing in Los Angeles, I was told that every Rosh Chodesh almost 1,000 people gather to participate in a seminar on “Jewish Mysticism.”  Recently more and more reports are surfacing revealing the shocking number of Jewish “pilgrims” seeking spirituality in the Himalayas, and the disturbing growth of pseudo-Chassidic, non-halachic followings throughout America.  Thousands upon thousands of Jews are simply unaware of the rich heritage of our own exciting and authentic Shulchan Aruch-bound spirituality.  It would be easy to dismiss those attracted to such events and groups as “new age wannabes,” sensation seekers to be pitied or ignored.  In the most Orthodox neighborhoods minyanim are sprouting up that attract hundreds, if not thousands, seeking a more uplifting KabbolasShabbos than those experienced in the local shuls and yeshivos.  To overlook or underestimate the significance of these phenomena would be a dangerous and costly mistake.

Rav Kook wrote: “Aftergrowths of prophecies sprout forth and the sons of prophets awaken.  The spirit of prophecy roams the Earth.”  When the “sons of prophets” awaken to find the “boredom of non-stimulation” in their avodas Hashem, they might very well be drawn to cheap, inauthentic “mystics,” “kabbalists” and modern day “rebbes” unbounded by halachic authority and custom.  These gurus will liberally and dramatically quote from Chassidic texts and fabricate Chassidic tales in order to appeal to the spiritual thirst and imagination of the ignorant masses.

Of course, it is not only the soul of the uninitiated or non-affiliated that seeks its quota of stimulation.  Since Sinai, the study of Torah, written and oral, has ignited the imagination and spirituality of our people.  Those who were not able to engage in intense Torah study were nonetheless immersed in the passionate observance of a Torah life.  Secular forms of stimulation by means of literature, art, music and culture were to a large extent far removed from the day-to-day lives of the general populace.

Something happened.  It cannot be entirely understood in light of any theory of political or economic upheaval.  It was predicted long ago by the Zohar (1:116B-117A): Then, 600 years into the sixth millennium [the year 5600, corresponding to 1840 CE] the gates of supernal wisdom above will open together with the wellsprings of wisdom below.  This will begin the process whereby the world will prepare to enter the seventh millennium [“Shabbos,” corresponding to the year 2240 CE].  This is symbolized by a man who begins preparing for the Sabbath on the sixth day, Friday afternoon.  In the same way, from the second half of the sixth millennium — noontime and onward — everything speeds up, just as everything speeds up on Friday afternoon in the Jewish home and all preparations are made for the Great Sabbath.  This is hinted at in the verse, “In the 600th year of Noach’s life…all the wellsprings of the great deep burst forth and the flood gates of the heavens were opened” (Genesis 7:11).

Clearly referring to this teaching of the Zohar, one of this century’s greatest kabbalists, Rabbi  Shlomo Eliyashiv wrote (Leshem Sh’vo V’Achlama, Sefer Biurim part 1, page 21):  “What was forbidden to investigate and expound upon just yesterday becomes permissible today.  This is felt by every true exegete.  Numerous matters, whose awesome nature repelled one from even approaching in previous generations — behold they are easily grasped today.  This is because the gates of human understanding below have been opened up as a result of the steadily increasing flow of divine revelations above.”

It was not only the Baal Shem Tov and his disciples who felt this great, historic change.  The Gaon of Vilna, Rabbi Chaim Volozhiner and many others stood courageously at the gate between Heaven and Earth in order to carefully filter the influx of divine revelations which had been suddenly unleashed.

It is, however, a historic fact that, for reasons beyond the scope of the present article, Chassidism alone permitted this transformation in consciousness to become a mass movement, allowing the “wellsprings of the great deep” to reach even the simple tailor or shoemaker.  Chassidus recognized and legitimized the spiritual stirrings of all Jews and sought a means of channeling this newly respected energy into passionate avodas Hashem.

Understandably it has not always been easy to strike a healthy balance between renewal and restraint.  There have been, and still are, many who have used Chassidus itself as a means of experiencing “cheap stimulation” in the service of Hashem.  Within the movement itself there have been revolutions and counter-revolutions, and it is often difficult to detect the pure, pristine light of the Baal Shem Tov through the clouds that have formed over the past two centuries.  Still, at the core of Chassidic doctrine lies the belief in the Jewish soul’s demand for a deeper understanding and experience of Yiddishkeit.  It is this belief that has struck a powerful chord in the heart of the modern Jew seeking to reestablish contact with his soul.

Rabbi Moshe Weinberger has served as Mashpia in Yeshiva University since 2013, and is the founding Morah d’Asra of Congregation Aish Kodesh in Woodmere, NY.

Posted in Movement
← The Tale of The Lost PrincessChai Elul 5779: And the Sun Continues to Rise →
Login
0 Comments
Inline Feedbacks
View all comments