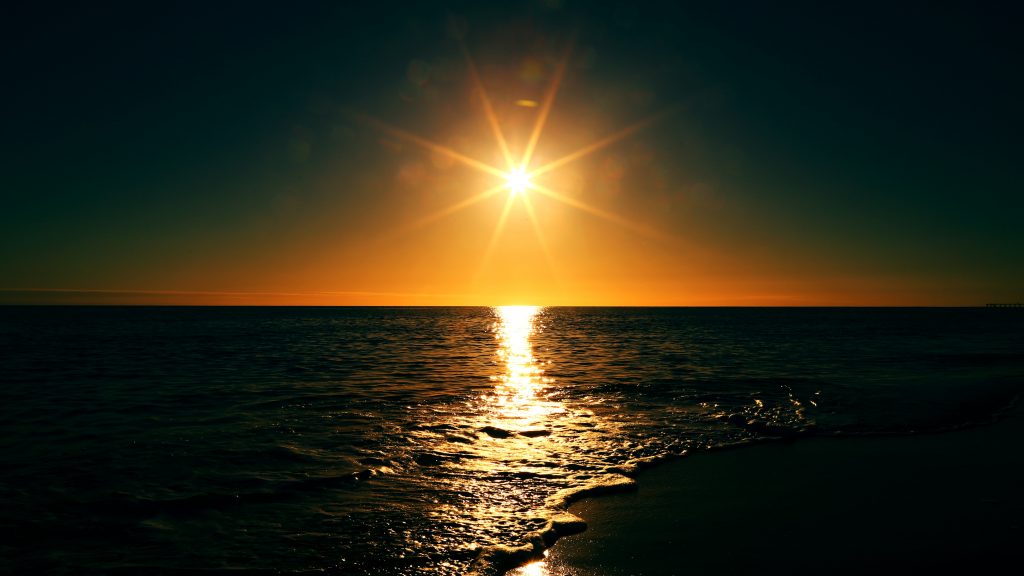 “And those with understanding hearts walk around and around, tasting, at all times, small droplets from that great sweetness of the Heavenly Delight which illuminates our eternity.”

“On the way to the bar, one also needs a drink.”

Perhaps the most famous and foundational anecdote in Chassidic lore describes a meeting between the Baal Shem Tov HaKadosh, in a state of aliyas Neshama, and the soul of Moshiach.

“When is the Master coming?” he asks.

“When your streams extend outward.”

We often think of Moshiach’s arrival as an instant paradigm shift, the eventual appearance of this singular figure as changing everything from one moment to the next, promptly catapulting our holy nation from the thick darkness of exile into the brightest, everlasting light.

But the Midrash Tehillim provides a different description. “Just as the sun rises slowly, so does the redemption of am Yisrael proceed slowly, slowly. The more it proceeds, the more it expands and proceeds.”

With these words, Chazal are communicating an incredibly important truth: Just as the light of the sun gradually illuminates the darkness of night long before the actual orb rises above the horizon, so will the light of Moshiach shine in the world long before he appears on our hills.

Three hundred and twenty-one years ago today, the dawn of our redemption began to break over the forests of Eastern Ukraine. On that awesome day, the heavens parted, and a sparkling point of luminescence descended into a vast sea of darkness, misery, brokenness, and despair. One individual among millions devoid of all self-worth, one dreamer wandering the field of a thousand broken dreams, the Ba’al Shem Tov hakadosh was sent to facilitate the genesis of a glorious process that would ultimately result in the final redemption of his people.

At the current moment, Elul, 5779, this process – overwhelmingly delicate and excruciatingly slow – is reaching a tipping point. Day by day, the sky continues to brighten. Moment by moment, the curtain continues to part. Increasing disclosure from the entirety of the creative spectrum including literature, art, and music, continues to introduce our nation to its ultimate essence. Cemented deep in the core of a slumbering universe, the initial point of illumination has taken root and branched out, slowly snaking through all corners of existence like lightening in slow-motion, illuminating our national soul with the truths of Hashem’s imminence, His constant accessibility, and His boundless love for each and every Jew.

In 2019, those streams of illumination flowing from the Eden of the Baal Shem Tov’s message, today often devoid of historically conventional labels, have virtually saturated that portion of our nation that must serve as a beacon of light to our not-yet-religious brethren, compelling every community and affiliation – to varying degrees – toward more depth, more closeness, more health, more openness, more hope, more feeling, more honesty, and the courage to truly open up to the Master of the world.

Despite the ever-increasing insistence of darkness to maintain its hold on creation, despite the mighty efforts put forth by endless clouds of putrid smoke billowing out of nightmarish factories from hell to block out the rising sun of God’s presence over His creation, this redemptive dawn has pushed forth, undeterred.

The thirst for the inner dimension of Torah is stronger now that at any point throughout our history, as is the possibility for Jews of every age and background to quench this thirst. This return to the “eretz Yisrael” of Torah study is mirrored by the physical return to our homeland after nearly two thousand years of spiritual hibernation in exile. We are coming together. We are coming home.

The process, while slow, proceeds with conviction. The process, while full of conviction,  proceeds slowly. Very, very slowly. Carrying all of history on its back, the glowing orb of Moshiach’s sun is incredibly weighty. Merely moving it a few centimeters requires thousands upon thousands of gears turning with cosmic energy, at full speed. Every birur-clarification, every communal development, every malady suffered through and healed, every argument fought out and resolved, and every middle ground reached aids this gentle process in accordance with the hashgacha Elyonah. The joy of impending birth must be framed by the travails of labor. “Those who plant with tears reap with joy.”

But as our national soul experiences this often treacherous process, as “those with understanding hearts walk around and around” – forcefully, passionately, and oftentimes drowning in pain and frustration, “they taste, at all times, small droplets from that great sweetness of the Heavenly delight which illuminates our eternity.” Far above the great noise generated by the clash of revolutions and counter-revolutions on the earth below, the sun of Moshiach continues to silently emerge from its hiding place; not despite, but because of this necessary process.

For three hundred and twenty-one years, the light of the Baal Shem Tov hakadosh, the Torah of Moshiach, has increasingly filled our world with illumination, warmth, and clarity. In the midst of the sixth mellenia, near midday on erev Shabbos HaGadol sheb’Gedolim, we stand with eyes fixed on heaven, yearning desperately  – for our sake, but even more so, for the sake of our children –  to make an “early Shabbos”.

The Baal Shem Tov and his students throughout the generations brought the words “Ani l’dodi v’dodi li” to life – “Chai Elul”. They sought not to make all Jews into “Chassidim” but only to strengthen the heart of Knesses Yisrael with the awareness of “Melo chol ha’aretz kevodo” so that our nation should live a life of purity, holiness, clarity, sweetness, humility, broad-mindedness, compassion, and true God-consciousness; surrounded at all times by Hashem’s affirmation and belief in each and every Jewish soul.

Today, three centuries since the genesis of dawn’s rising, we are one Chai Elul closer to geulah.

Let it be soon! Let it be today!

R’ Yaakov Klein is the founder of the Lost Princess Initiative, an author, musician, and lecturer devoted to sharing the inner light of Torah through his books, music, and lectures.