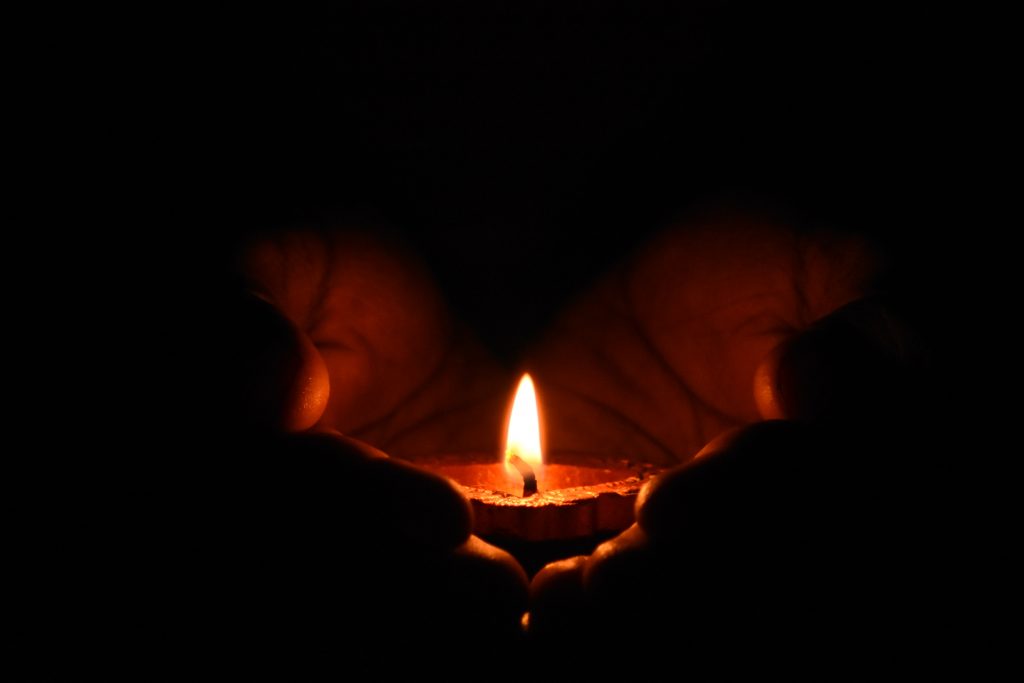 A prince once lay dying, and seeing that the doctors could do no more for him, the frantic king sent for a tzaddik known to be a master of medicine. The tzaddik told the king, “There is one cure that might help him. There is a rare precious gem that, if crushed and mixed into a potion, might cure your son. The gem can be found on a faraway island, but there is also one in the center of your crown.”

“What good does my kingship serve me if my only child dies?” cried the king. “Take the gem from my crown and cure him!”

This mashal (parable), which comes from the Ba’al HaTanya, the first Lubavitch Rebbe, Rabbi Shneur Zalman of Liadi, was offered in response to those who opposed teaching the peninim of Torah in the open. The dying prince represents Am Yisrael, languishing from lack of inspiration; the gem represents the inner light of Torah that can revive him.

“From the middle of the eighteenth century, gedolim like the Ramchal [Rabbi Moshe Chaim Luzatto] and the Ba’al Shem Tov began bringing forth the deeper secrets of the Torah,” says Rabbi Moshe Weinberger, mashpia at Yeshiva University’s Rabbi Isaac Elchanan Theological Seminary (RIETS) and the rav of Congregation Aish Kodesh in Woodmere, New York. “Halachah constitutes the physical life of the Jew, but the soul of the Torah is the potion we need to infuse it with life. Hashem saw that the Jewish people were suffocating, so He sent the Besht [the Ba’al Shem Tov] to revive them and give them a taste of the light of Mashiach.”

Despite the fact that the Orthodox world brims with minyan factories, glatt kosher vacation packages, yeshivot and kollelim and a thriving print media, Rabbi Weinberger is concerned. One thing is missing, he says: “the soul.” As he wrote in an essay that appeared in the online journal Klal Perspectives in 2012, “Our communities—spanning the entire spectrum of Orthodoxy—are swarming with Jews of all ages and backgrounds who have little, if any, connection to Hakadosh Baruch Hu.” Many of the off-the-derech youth, he says, are not running away from authentic Yiddishkeit; they simply “never met it.”

“There are many out there who may have been shown or taught a version of Yiddishkeit that is dry, that is cold,” agrees Josh Weinberg, a YU musmach who considers himself a neo-Chassid, and is one of many who look to Rabbi Weinberger for inspiration. “They may practice Judaism in their communities [due to societal pressure], but inside, there’s a lot of apathy and [it’s done by] rote. Chances are they were never exposed to this deeper and joyous side of religious observance,” says Josh, who lives in Riverdale, New York, and works as a photographer and videographer for NCSY.

Rabbi Weinberger’s outspoken encouragement of a deeper engagement with what he calls “the inner light of Torah” has caused others to describe him as the captain of a growing trend among the Modern Orthodox to reconnect with the spiritual vision of the Ba’al Shem Tov and his disciples and others who delved into this dimension of Torah. Some of the more popular Chassidic texts that appeal to this group include Rabbi Elimelech of Lizhensk’s Noam Elimelech, Rabbi Levi Yitzchak of Berditchev’s Kedushat Levi, Rabbi Nachman of Breslov’s Likutei Moharan, the seforim of Chabad Chassidus, including the Tanya, the seforim of Rav Tzadok HaKohen of Lublin and those of the rebbes of Ger—the Chiddushei HaRim (Rabbi Yitzchak Meir Rothenberg Alter), the Sefat Emet (Rabbi Yehudah Aryeh Leib Alter) and the Imrei Emet (Rabbi Avraham Mordechai Alter), as well as the writings of Rabbi Yitzchak Hutner and Rabbi Avraham Yitzchak HaCohen Kook.

Some adherents take on hitbodedut (meditation), attend tisches and farbrengen (Torah gatherings), immerse in the mikvah, engage in Carlebach-style davening and visit tzaddikim or kivrei tzaddikim (such as Rabbi Nachman of Breslov’s kever in Uman).

Rabbi Weinberger’s appointment as mashpia at YU last year indicates just how deeply the neo-Chassidus movement has impacted the Modern Orthodox world. “I myself went to YU forty years ago,” Rabbi Weinberger says. “Today, it’s a different world. There’s still the same strong learning, but so many of the boys are thirsting for the life of inner Torah; in Eretz Yisrael, there’s a real sense of excitement in the hesder yeshivos, where the influence of Rav Kook is still felt.”

Rabbi Judah Mischel, a former rebbe at Yeshivat Reishit Yerushalayim and a popular teacher of Chassidus in Israel, maintains that the rediscovery of Chassidic teachings in the Modern Orthodox world is “changing the face of the community.” YU traditionally embraced a more intellectual or Litvish approach to Torah study. Now YU offers weekly shiurim in Chassidic thought, monthly farbrengen with Rabbi Weinberger as well as a Rosh Chodesh musical minyan, all of which represent a dramatic shift for YU. Rebbeim at YU noted the popularity of neo-Chassidus in Eretz Yisrael, where 85 to 90 percent of YU students study before attending the university. “The administration said that if this moves many of our students, let’s give it a try,” stated Rabbi Yosef Blau, senior mashgiach ruchani at YU, in a February 2013 article in Commentator, the YU student newspaper.

Rabbi Mischel, a resident of Ramat Beit Shemesh, Israel, who is a current student of Chassidic master Rabbi Avraham Tzvi Kluger, defines neo-Chassidus as “people trying to live Yiddishkeit from the inside out, to live more deeply and fully . . . . People today are refusing to be put into boxes. God is One, and His truth can be refracted in many different ways.”

Rabbi Weinberger may be the movement’s senior spokesman, but most of the followers are young. “The majority of the people involved with neo-Chassidus are under thirty,” says Rabbi Dovid Bashevkin, an avid follower of the movement who lives in Teaneck, New Jersey. Rabbi Bashevkin, who currently serves as the director of education for NCSY, earned semichah from YU where he completed a master’s degree in Polish Hassidut focusing on the thought of Rabbi Tzadok HaKohen of Lublin.

Noting the trend, some Modern Orthodox high schools have begun offering courses on Chassidus. Torah Academy of Bergen County in New Jersey offers an elective called “Introduction to Chassidut.” This past year, the Rae Kushner Yeshiva High School in Livingston, New Jersey, held a school-wide day-long program on Chassidus which stimulated so much interest in the subject the school decided to offer an ongoing course on Chassidic thought. The popular elective, open to eleventh and twelfth graders and called “Chassidic Thought on Ahavat Hashem,” focuses on studying works from some of the greatest Chassidic personalities, including the Ba’al Shem Tov, the Ba’al HaTanya, Sefat Emet, Kedushat HaLevi, the Piaseczna Rebbe (Rabbi Kalonymus Kalman Shapira) and others.

While Rabbi Eliezer Rubin, Rae Kushner Yeshiva High School head of school, does not see a mass movement of high schoolers becoming neo-Chassids, he does see a marked interest in Chassidic thought. He attributes this to the impact of the digital revolution. “Everything is individualized nowadays,” he says. “Even religion is individualized. We select our own music, our own games, our own TV shows through Netflix.” Now, he says, you can select your own style of Judaism.

Nor is this surge of interest in Chassidus limited to Modern Orthodox Jews in the New York tri-state area. Rabbi Shlomo Einhorn, dean of Yeshiva Yavneh in Los Angeles, says that every few months, a few shuls in the Pico-Robertson neighborhood, a solidly Modern Orthodox part of town, coordinate a tisch. Similarly, classes on Chassidic thought are sprouting all over, such as a class on the Tanya and Netivot Shalom, the work of the Slonimer Rebbe, offered in the Boca Raton Synagogue.

Joey Rosenfeld, a twenty-six-year-old enthusiast who used to give shiurim in Chassidus in New York (he recently moved to St. Louis), says that many of his friends found spiritual support in Chassidus when they returned from a year or two of learning in Israel and transitioned back into American life. “They come back after a year of inspiration and increased piety, which was easy to maintain in the bubble of the beit midrash, and find themselves among an affluent, modern lifestyle,” he says. “It creates cognitive dissonance: Either you go back to your old lifestyle, or you find new ways to cling to authentic Judaism. Chassidus offers an all-encompassing approach to Jewish life. It includes not only life in the beit midrash, but prayer, dealing with struggles and failures and connecting to God even through mundane activities.”

Rosenfeld adds that Chassidus also offers an alternative to the Litvish yeshivah tradition which emphasizes intense learning above all else. “Chassidus encourages people to connect to God in their own unique ways, in ways that make them feel good,” he says. “It’s less elitist. People don’t have to feel guilty about learning bekiut instead of b’iyun, or Tanach instead of Talmud or for picking up a sefer [with an English translation].”

Rabbi Moshe Tzvi Weinberg, who teaches and serves as mashgiach ruchani at YU’s Irving I. Stone Beit Midrash program (SBMP), agrees that the Chassidic approach promotes a balance sometimes missing in the yeshivah world. “For most people, it’s not realistic to hear that their only acceptable outlet is sitting in a beit midrash,” he says. “It’s liberating for them to find other means of connecting to Hashem that are authentic and not bedieved. The Litvish and the mussar approaches emphasize yirah and [the] Shulchan Aruch, but that can be [damaging]. The Chassidic approach is softer, more positive. It emphasizes simchah—simchah shel mitzvos, simchah shel chaim. It’s a different vision of what it means to be an ideal Jew.”

Rabbi Weinberg came to Chassidus through his brother Josh, mentioned earlier in this article, who studied in Israel about a decade ago under Rabbi Mischel. Through Rabbi Mischel, Josh and another brother became exposed to Chassidic ideas; upon their return, they passed along their enthusiasm to their oldest brother, Moshe Tzvi. “Chassidus has an energy I haven’t seen elsewhere,” Rabbi Weinberg says. “I had no connection to Chassidism as a child in Philadelphia beyond an image of peyos and shtreimels; I had no idea it could be a language of spirituality, of communication with Hashem.”

Rabbi Moshe Weinberger says that even those raised in Chassidic homes are coming to his shiurim, seeking to reconnect. “For some of them, Chassidus became a way of life, not a fire. Now they’re seeking a new spirit of Chassidism, a rekindling of the fire of the Besht. There are quite a few old-school Chassidim who regularly attend my shiurim.”

Posted in Movement
← Chai Elul 5779: And the Sun Continues to RiseJust One Thing is Missing: The Soul →
Login
0 Comments
Inline Feedbacks
View all comments