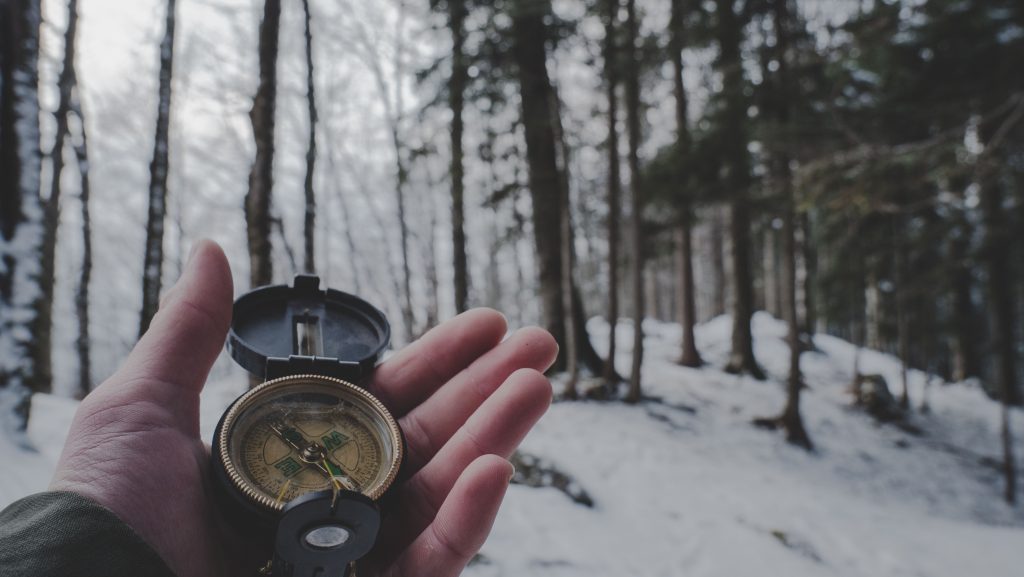 Although I enjoy and value the way Mishpacha deals with a variety of topics, the article “Meeting the Baal Shem Tov in 2018” (Mishpacha’s Shavuos magazine) was very disturbing. The implicit message was that learning Torah “yeshivah style” just doesn’t work anymore. What attracts the masses in 2018 are newfound ways to have a relationship with Hashem. To have a “real relationship with HaKadosh Baruch Hu,” one needs something different. Suddenly, delving into understanding Hashem’s own words and commandments no longer produces the greatest hashpaah one can receive from Hashem, as the Ramchal states, based on numerous statements from our Chazal. Suddenly, the toil in limud Torah of scholars and laymen alike is just not where it’s at anymore.

This new approach reminds me of a sign I recently saw. It was an advertisement, and it went something like this: “Spiritual but not religious? This class is for you.” We all understand the fallacy of such an advertisement. Only the One we attempt to connect with can decide how that spiritual connection is made.

Now, what about those people who have difficulty learning? I’ve been a rebbi for high school–aged bochurim for 30 years, and, yes, there are bochurim who struggle with the intricacies of Gemara with Rishonim and Acharonim. But the problem lies not with the Torah.

More often than not, technology is the culprit, as our gedolim constantly stress, paralyzing people in so many ways that directly target skills needed to become successful in learning. We must find ways to awaken them from their stupor, opening up Torah to them as well.

Then there are those whose minds work on more practical levels, instead of the more analytical style of yeshivah learning. Even for these types of thinkers, there are techniques to give them a taste of success in learning.

If only the movement as described in the article would view some of their ideas as a means to a greater end instead of the end itself, I would be less worried — but that’s not the way it seems. Is the goal to give them a simchas hachayim that will enable them to forgo the instant pleasures of the Internet and thereby connect to Hashem through learning Torah? Or is the goal the simchas hachayim itself with a feeling of connection, void of an actual one?

I don’t know the answer to my question, but the tone of the article sounds more like the latter than the former.

I’m also concerned by some disturbing explanations of Torah quoted in the article. For example, the mishnah of “Da ma l’maalah mimcha” doesn’t just mean that Hashem is watching all the good things we do. It means exactly what it says. He is above us, watching everything we do, say, and think. Not because He’s out to give us tickets for every infraction, but because He loves us and cares for us as a parent loves a child, and what we do to ourselves makes a difference to Him.

Is it possible that this widespread movement sweeping the world, as described in the article, may be distorting the truth by disguising sugarcoated feelings toward Hashem as genuine aliyah in Torah and yiras Shamayim? Real growth must be difficult, and yes, the many professionals who yearn to return to their Gemaras at night or in the morning or both, remain connected to Hashem and His Torah all day because of that yearning.

It’s easy to say that a person has a relationship with Hashem wherever he is, regardless of what he is doing, but it’s not true. Many of us break that connection through destructive habits and the like, and sugarcoating them doesn’t make them any less destructive. “Feeling spiritual” may be better than feeling bad about yourself, as quoted in the article, but are we to be content with feeling spiritual?

I suspect that the movement’s popularity as described is fueled by being different from the norm and by being immensely easier to attain than ameilus in Gemara, Rashi, and Tosafos. Those who learn “yeshivah style” receive new insights in Hashem’s Torah through great efforts and massive numbers of reviews. They gain a connection to Hashem with every single new insight, however minor. Perhaps the yeshivah world should give more attention to those who feel they aren’t making it with yeshivah-style learning, but the answer is not to discard it for a “new and improved” way to have a relationship with Hashem. Hashem instructed us how to become close to him, whether we feel spiritual or not in the process.

Reading about this movement leaves me very concerned. But I’m also very confident that the authentic ameilus of scholars and laymen alike will lead them to be in true spiritual shape to greet Mashiach.

Rabbi Noach Shafran is a veteran rebbi at the mechinah of Yeshivas Ner Israel of Baltimore.

Rabbi Shafran’s much-appreciated letter serves as a stark reminder of how misunderstood and misinterpreted this spiritual uprising is.

As a 12th-grade Gemara rebbi for over 20 years, I am by no means a stranger to the impact and indispensability of deep, thorough, and comprehensive limud Torah. No one is suggesting, chas v’shalom, that the primacy of traditional learning be usurped or replaced by any “sugarcoated spirituality” bereft of true toil and effort. The Arizal, Ramchal, Gra, Rashash, and Baal Shem Tov never saw pnimiyus haTorah as a means toward the end of achieving simchas hachayim. Instead, they saw pnimiyus haTorah for what it is: the deepest dimension of Torah learning.

Its study is not meant to replace the learning of Gemara, Rashi, and Tosafos, but rather to facilitate the mitzvos of yedias Hashem, emunah, dveikus, and others. That is the “greater end” of the movement that began long before 2018. Apparently Rabbi Shafran, like most bnei Torah, is unfamiliar with the roots of the revelation and continual unfolding of this dimension of Torah that so occupied not only the Baal Shem Tov, but the Ramchal, Gra, Leshem, and many other great luminaries.

As far as the “culprit” for today’s spiritual malaise, Rabbi Shafran points to the usual suspect: technology. Yet long before the Internet, Rav Yisroel Salanter and his students fought against the “stupor” Rabbi Shafran writes about. They, like the talmidei haBaal Shem Tov, saw how Gemara learning alone was simply not enough.

While there are many who find great satisfaction in yeshivah-style learning, there are multitudes who, for whatever reason, do not. One needn’t stretch one’s head too far out of the beis medrash to notice that even among those who enjoy learning, the learning is often disconnected from any deep relationship with Hakadosh Baruch Hu. This disconnect continues after yeshivah and defines much of the emptiness felt by Orthodox practitioners of various backgrounds in our time.

Simply put, while it is undeniable that technology plagues our generation with previously unimaginable challenges, viewing technology as the cause of the problem rather than recognizing it as a side effect of a deeper issue is not only incorrect, but counterproductive. It perpetuates a notion of Yiddishkeit’s irrelevance to the younger generation. Equating the symptom with the disease usually results in catastrophe.

The Chazon Ish often warned that we mustn’t forget for Whose sake we are toiling in Torah. The pursuit of pnimiyus haTorah and particularly chassidus does not come at the expense of traditional learning. I have seen so many return to the blatt Gemara with a renewed energy, vitality, and sense of purpose. That rejuvenation comes from a feeling of relevance and holiness only attained by learning more about and drawing closer to the Nosein haTorah Himself.

Rabbi Shafran acknowledges that “we must find ways to awaken them from their stupor, opening up Torah to them as well.” That is precisely what is taking place through this renewed connection to pnimiyus haTorah.

Rabbi Shafran asks, “Is it possible that the widespread movement may be distorting the truth by disguising sugarcoated feelings toward Hashem as genuine aliyah in Torah and yiras Shamayim?” Of course it is possible. It’s also possible that thousands of younger and older men are convinced that there is more to the ultimate purpose of a Jew and are not satisfied by shlugging up their chavrusa or clocking in for the daf yomi.

If I might ask some questions of my own: Is it possible that multitudes of adults and children go through the motions of mitzvah observance without a true sense of connection to their Maker? In addition, as is usual in these discussions, why is there no mention of the other 50 percent of our population, the thousands of woman of all ages whose lives have been transformed through exposure to chassidus and pnimiyus haTorah?

This past winter, my wife and I were privileged to spend a few months in Jerusalem. For some years now, during the entire week of Yud-Tes Kislev, a monumental sale of chassidishe seforim is held in the Israel Convention Center (Binyanei HaUmah) alongside a packed schedule of shiurim, concerts, and farbrengens. I was overwhelmed but not surprised to see masses of people — chassidim, Litvaks, Sephardim, dati-leumi —filling their carts with seforim hakedoshim. Every shiur was attended by hundreds from all walks of life, serious bnei and bnos Torah. I met quite a few roshei yeshivah at the event as well; they certainly weren’t seeking some sugarcoated spiritual experience. I saw thousands of Yidden who love Torah and who are intensely seeking a deeper connection to the Torah and to the Nosein haTorah.

In his response to the article, Rabbi Shafran quotes a pasuk, “Let one who is thirsty come and drink water.” There is another pasuk in Amos (8:11): “Behold days are coming when I will send hunger into the land, not a hunger for bread nor a thirst for water but to hear the words of Hashem.” The great disciple of the Ramchal, Rav Moshe Dovid Valli, wonders why indeed the hunger and thirst will be so extreme if at the very same time in history we are experiencing such an unprecedented abundance of seforim, talmidei chachamim, and yeshivos.

He explains that at the end of time there will be a plethora of Torah available: pilpulim, derashos, teshuvos, shiurim, chiddushim. All are holy. But at that very same time the multitudes will be desperately searching, thirsting for the words of Hashem, and will only be completely satisfied by Torah that is bursting with Hashem’s presence and light.

Rabbi Shafran, with all due respect, do you know how much ameilus is needed to truly understand a piece of Likutei Moharan or Tanya? Have you experienced the unbelievable effort required to work on one’s day-to-day unfiltered communication with Hashem via hisbodedus?

With the greatest amount of respect for Rabbi Shafran’s sincerity, I conclude by asking him to join me in an exercise in curiosity. Let us abandon for a moment our narratives and opinions and wonder aloud. Can it be that there is a Hashgachah Pratis governing the trends of the body of Am Yisrael? Can it be that there is a holy reason why every passing year sees more and more people gravitating to places like Uman or Lizhensk?

Without the wholesale relegating of Yidden as simple seekers of temporary highs, can we at least tempt ourselves to do some due diligence — and see with our own eyes what all the commotion is about?

Rabbi Moshe Weinberger is rav of Congregation Aish Kodesh in Woodmere, New York, and one of the generation’s leading teachers of chassidus.

Posted in Movement
← Just One Thing is Missing: The SoulMeeting the Baal Shem Tov in 2018 →
Login
0 Comments
Inline Feedbacks
View all comments